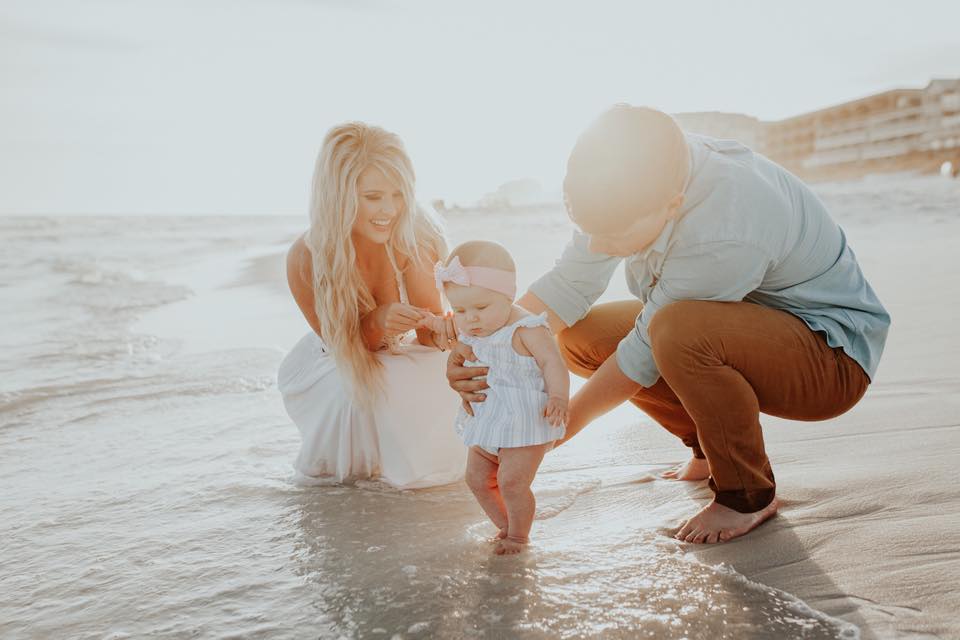 How / where did we meet?

Joseph and I met through mutual friends! The first time I locked eyes on Joe was in Belk parking lot, and I will NEVER forget it as long as I live! It was April of 2013, and one of his guy friends was dating my good friend at the time. Me and two other girls had just left a baby shower, and we were riding with together so one could go meet her boyfriend that day! She parked right beside his truck to meet him, and the couple got out of their vehicles and walked away together. I spotted Joseph sitting in the passenger side of his buddies truck, and thought to myself my god he’s happening! He had a cap on and his head was down on his phone. The other girl that had rode with us to meet this boyfriend, was sitting in the front seat, while I was in the backseat. She turned around to me after I had already spotted him and asked me who he was! I told her, I have no idea, but I am fixing to find out! I rolled that window slap down, and yelled out “Hey! What’s your name?!” Ya’ll, I’ll never forget it. He said “Joseph” serious as a heart attack, and never asked me what my name was. I rolled up the window, and me and my friend laughed our heads off, because he never asked me my name back! After that day, a few weeks go by and we kept seeing one another with the same group of friends! Joseph tried speaking to me one night and I said to him “Oh you’re going to try talking to me now?!” I aggravated him to death about him not asking me my name that day! I kept telling him “You know, I thought we was going to be BFF, but you didn’t speak!” A few more weeks went by, and our friends ending up catching on to our continuous flirting,  and hooked us up! Joseph shot me a text saying ‘Hey BFF” we started texting a whole bunch, but it wasn’t on a dating level! Just talking! That same weekend we ended up going to the lake with the group of friends, and got stuck riding the same seadoo! (This meant I got to grab Joe from the back and I was excited) after that day on the lake he shot me a text asking to go to the movies that night, and the REST IS HISTORY! 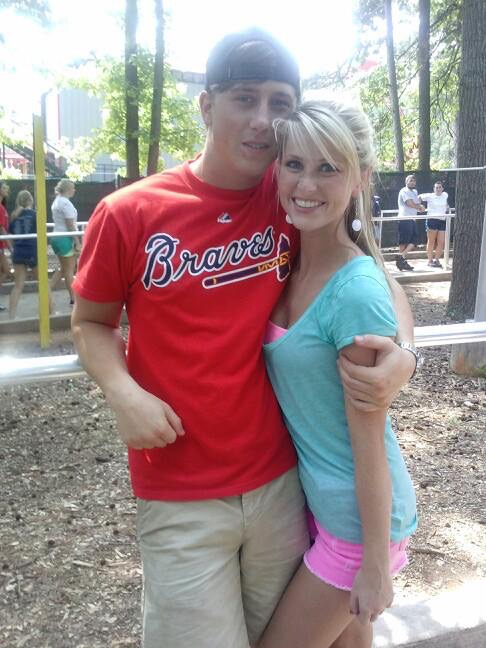 What was your first impression of Joseph:

I thought Joe was so good looking, but he sure was shy and mysterious!

What was your first impression of Paige? 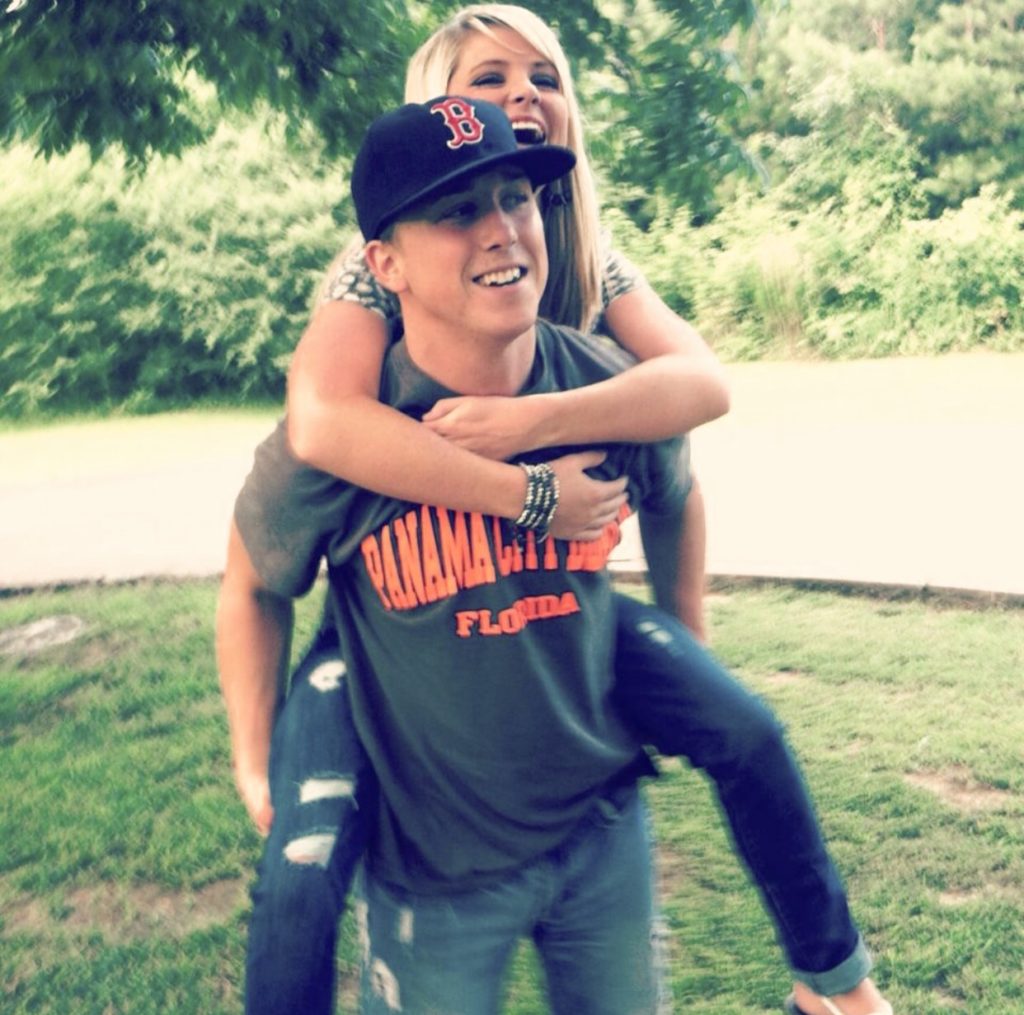 When did you two start dating?

Joseph asked me to be his little girlfriend, during the firework show on July 4th! (The night of this picture below) 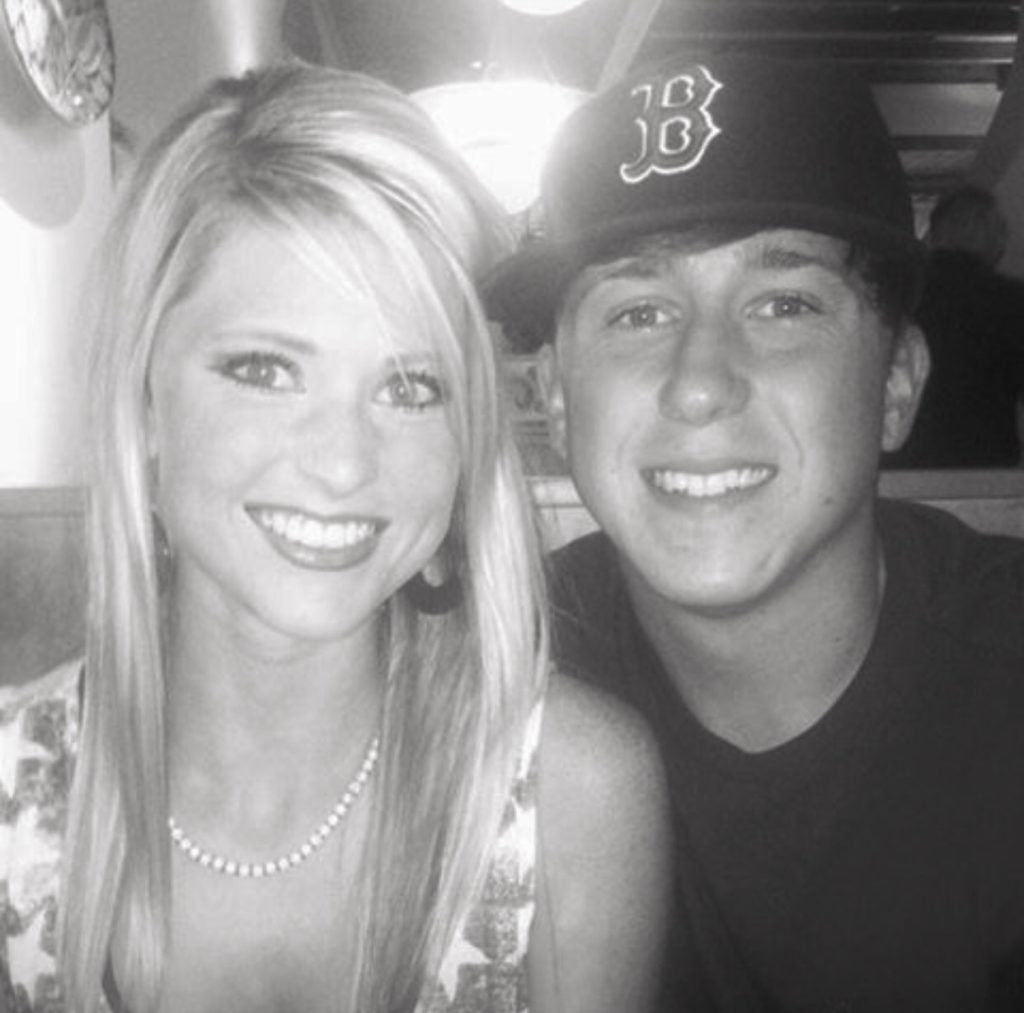 Who said “I love you” first?

Oh my goodness, I had almost forgot about all this! We started dating in July, and we didn’t say I love you until the first week of JANUARY! 6 MONTHS of waiting! Joseph was actually planning on telling me on Valentine’s Day and had it all planned out, but ya’ll I couldn’t wait any longer! I said it first, but Joseph planned on doing it in a different way.

Have you guys ever broke up?

NEVER! We have never once broke up, not even for five minutes. Now, of course we had arguments while we were dating, and I’ve screamed I was done a time or two! 😉 but all in all, we have NEVER “broke up” or even been separated!

How old are you and Joseph?

I’m 22, and he is 28! We are SIX years apart. We were fixing to turn 17 and 23 when we started dating.  I KNOW what you’re thinking. I know. EVERYONE had something to say. My parents were hesitant, Joseph was hesitant. We both knew it was a stretch, we knew how it looked, but everything between us just felt right. Besides, we had already fell plum in love and it was too late! Looking back, I’m so glad we didn’t listen to those mean jokes. 🙂

When did you and Joseph get engaged and how?

I had just gotten home from work, and Joseph was at my house when I got home! He said “You want to go get Burger King?” “Um of course!” (He knows food will get me out of the house real quick!) We walked outside to the car and he told me he wanted to me to go with him to the back of the house! I was so confused! We walked to a field behind some trees, and at this point I can see lights shining through the trees! I also heard music playing, and thought what on creation is happening! We ended up walking through a little trail of lights that led to two chairs, and a heart shaped with candles! It was GORGEOUS! By this time, I had a feeling he was proposing, but I couldn’t believe it! He got on one knee and we both were BAWLING! I’m crying thinking back to this moment! It was totally private, just me and him. I took photos later on that night, and the next day. 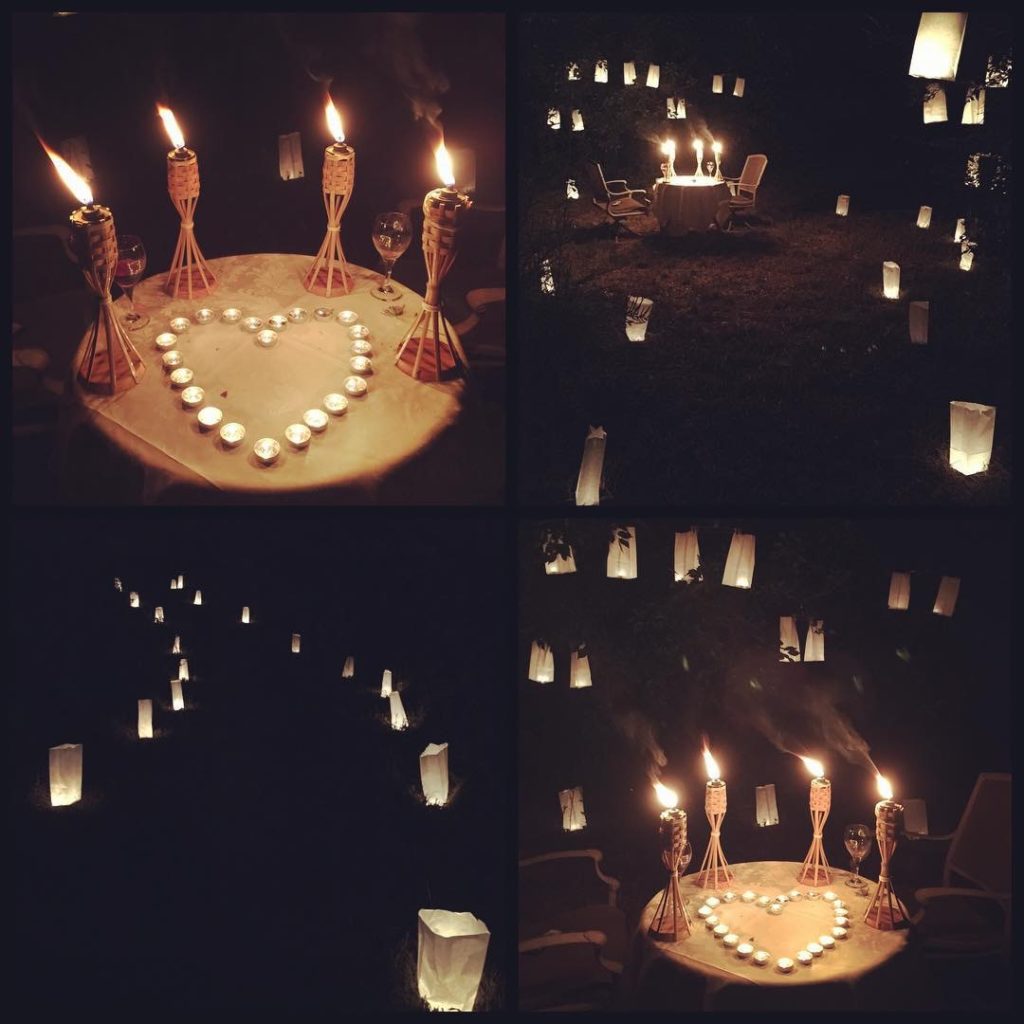 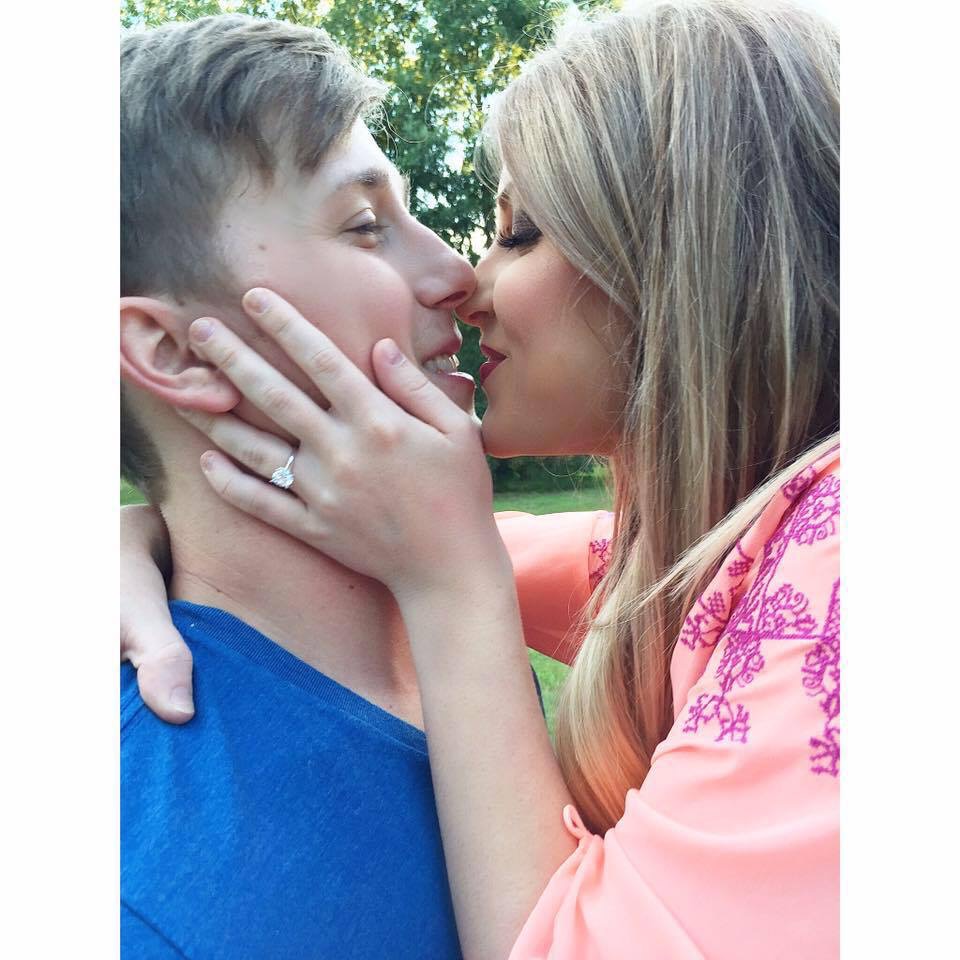 When did ya’ll get married?

We got married November 1 , 2015! YES that means we were walking down the aisle saying “I do” exactly THREE months after getting engaged! How on earth we planned a wedding in that short amount of time I have no idea! If we thought people had something to say about our age, you should have heard the rumors when we got married that quick! BUT,  If you don’t know already my dad died two weeks after we got married! At the time, I had no clue why we were SO EAGER to get married so fast, but now looking back I know the answer. We were of course in love and knew we were meant to be together, but I believe with him passing away that unexpected, that was something the Holy Spirit was telling us. Here is a wedding photo! It was POURING rain that day, but we went and ate Mexican immediately after! Haha! We then went to the airport the next day, and went to Disney World for our Honeymoon!!! It was so FABULOUS!

When did you have Anslee and were ya’ll trying?

We got pregnant with Little Toot February of 2017, and had her November 2nd. Same month we got married, and the same month my daddy passed away! Jesus RESTORES what we have lost! (Phew, I get chills typing that) She was NOT expected! We weren’t trying, but she was the biggest blessing, and biggest surprise EVER! We love her so! She is our little angel puff! 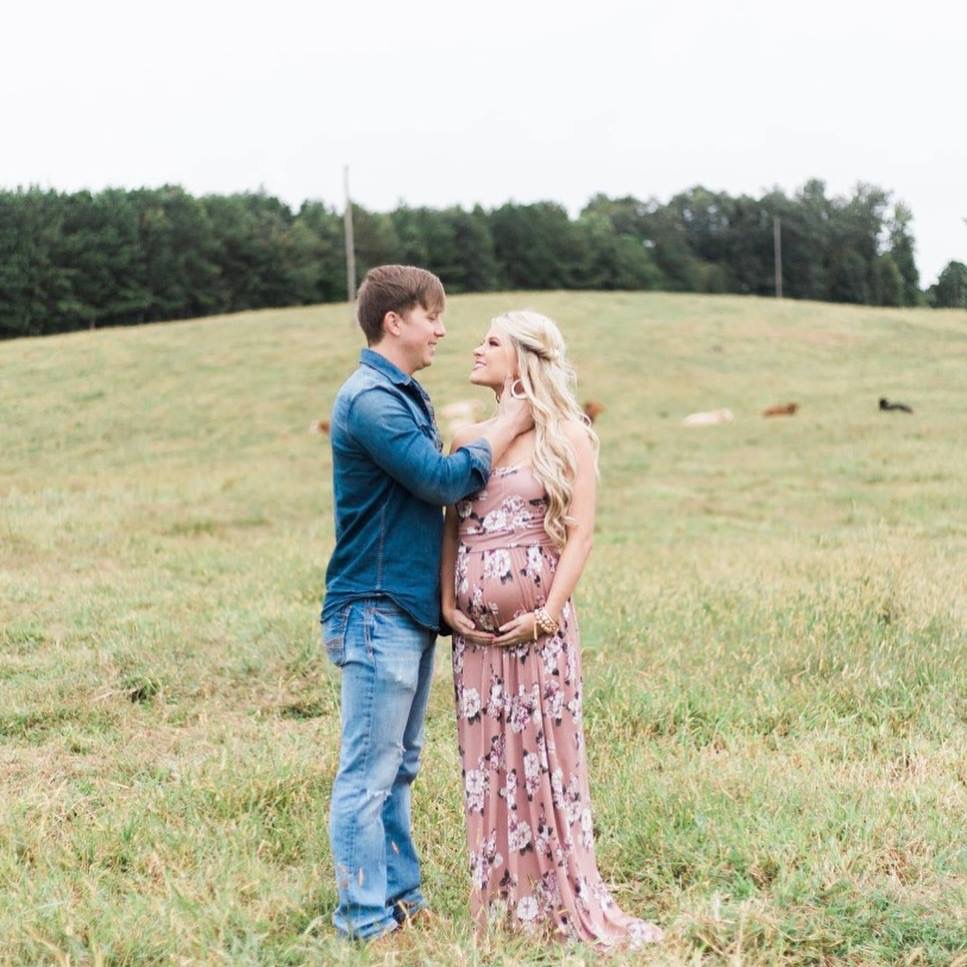 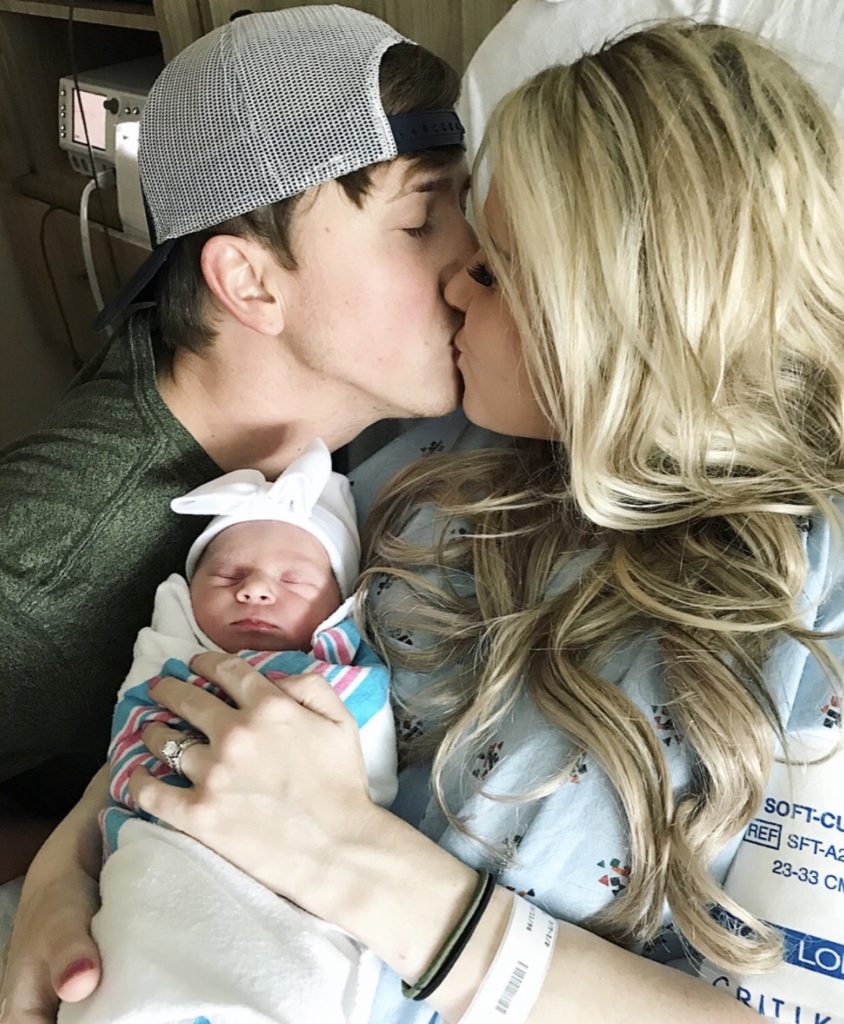 Thank you so much for reading all about my marriage. This was highly requested, and it makes my heart happy to know you guys care about my little family! 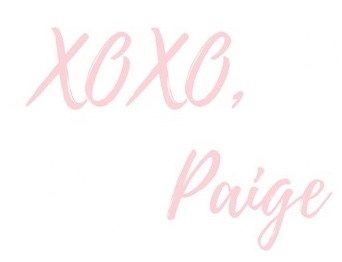 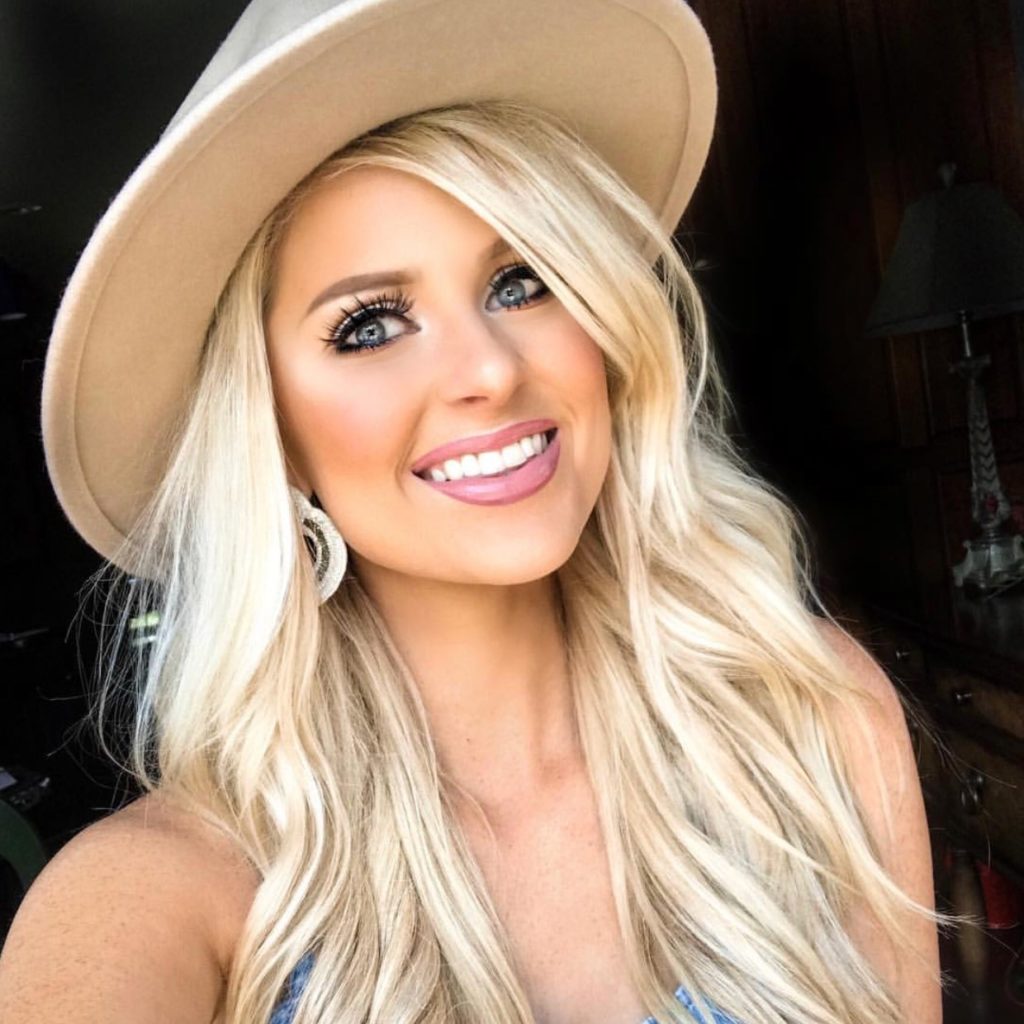 What up sister? I’m Paige, and welcome to A Paige of Life! I’m a southern gal from Alabama with a love of all things fabulous and stylish. I’m a wife to my incredible husband Joseph, and a mother to our baby girl Anslee. This is my little space to share inspiration for fashion, beauty, and lifestyle, so if you’re looking to add a little fabulosity in your life, I’m your girl! Thank you so much for stopping by, and following along. I’m SO excited you’re here! XOXO